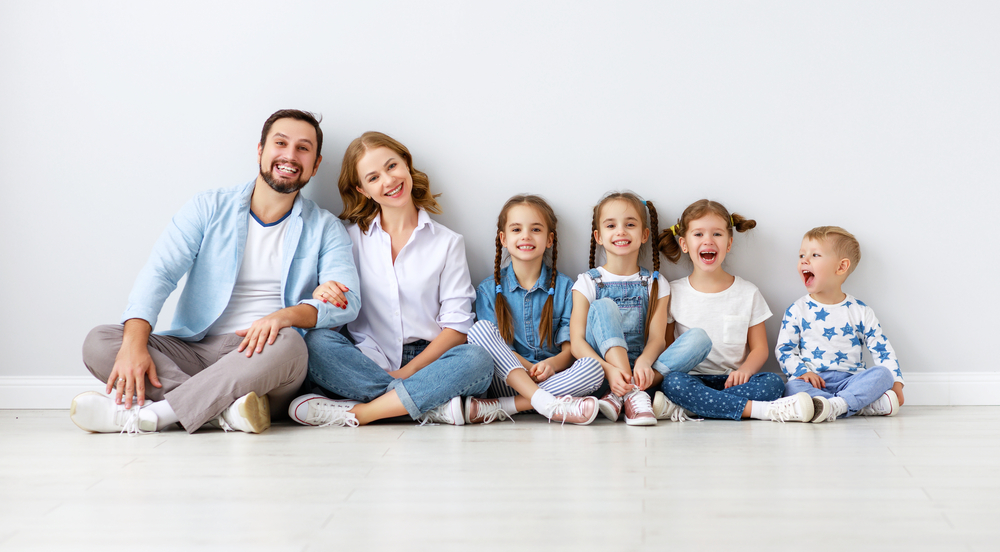 Many people comment on the number of children many Mormon families have. Although not every Mormon household will have numerous children, it is not uncommon for there to be 5 more children.

This has many people asking why do Mormons have so many kids. Well, the answer is that Mormons believe that heaven has millions of spirits waiting for an earthly body. As part of their faith, Mormons prioritize parental care. But there are other reasons, and we are going to take a closer look to better understand the reasons why Mormons often have more kids than the average household.

How many kids does an average Mormon family have?

The average number of children in a US household is 2.1, yet Mormons around 40-59 have an average of 3.4 children. This is higher than those of other religions.

Such a high average makes many people wonder what the contributing factors are, so let’s take a look…

What do Mormons believe about family?

Through mortal existence, they get to become closer to being like God and Christ, and can therefore gain salvation.

They believe that mortality provides experiences to make their soul more holy, which is vital if they are to live with God for eternity.

This is why many Mormons see it as their responsibility to increase the number of mortal bodies that come to Earth.

Are Mormons allowed to go on birth control?

Mormons are not banned from using birth control by the church of latter-day saints, but their position on birth control may contribute to the number of children they have. Birth control and condoms are considered a rebellion against God, and the BYU Honor Code from 1968 states that the “Church does not approve of any form of birth control.”

The female body is considered the residence of God’s spirit children within the Mormon church hence why many husbands and wives have a focus on reproduction.

How many wives can a Mormon have?

In 1980, the LDS Church renounced polygamy, but it has never confirmed the denunciation of it as doctrine. However, men are still permitted to be married to more than one woman.

By law, Mormon men can only have one wife but throughout much of the 1800s, this was not the case. Nowadays, polygamy is forbidden in the Mormon Church, and it is now considered grounds for ex-communication.

Why did Mormons have multiple wives?

Some sources will state that in the early years of Mormon settlement, the number of women far outnumbered men and that plural marriage provided these women with the chance to have a husband. This was not the case though.

Men often outnumbered women in these settlements, with some towns having up to three times as many unmarried men compared to women.

Do Mormons have to have lots of kids?

No, they do not. Birth control and how many children a husband and wife have is entirely their choice and considered to be between the married couple and God.

Mormons will pray on such decisions and often seek guidance when it comes to child-bearing.

According to the doctrine of the Latter-day Saints, there is a spiritual responsibility for followers of the faith to bring children into the church. Mormons believe they and their families are eternal beings, and that they must become like God. To do this, these spirits must be born and live with earthly parents, who are their guides.

Are Mormons obliged to have large families?

The choice to have children is a sacred one for Mormons, but there is no number given by the Church so Mormons are free to have as few or as many children as they choose.

Being accountable for their choices is a vital component of the Mormon faith. Still, many Mormon families are larger than average and the decision is usually based on criteria such as financial and personal circumstances.

The Church of Latter-day Saints believes that families will be united in eternity. This contributes to the reasons why many Mormons have numerous kids.

Why are there so many young Mormon moms?

Mormons must stay celibate until after marriage. The physical relationship between husband and wife is considered sacred. With the emphasis on couples adhering to the commandment of waiting until after marriage, many members marry and have children at a younger age than much of the population.

This, combined with the common decision to not use birth control means there are many young moms.

So, do Mormons have lots of kids?

Although it is a common belief that Mormons have lots of kids, this isn’t always the case. Not all Mormons have more kids than the national average of 2.1.

Also, lots of kids is a generic term that doesn’t have a specific number. Not everyone thinks 4, or 5 kids is a larger number, although this is statistically much higher than the average.

Mormons choose to have lots of children because they believe in a spirit world and want these spirits to come to earth and gain a body. The number of spirits they choose to bring to earth is entirely down to them.