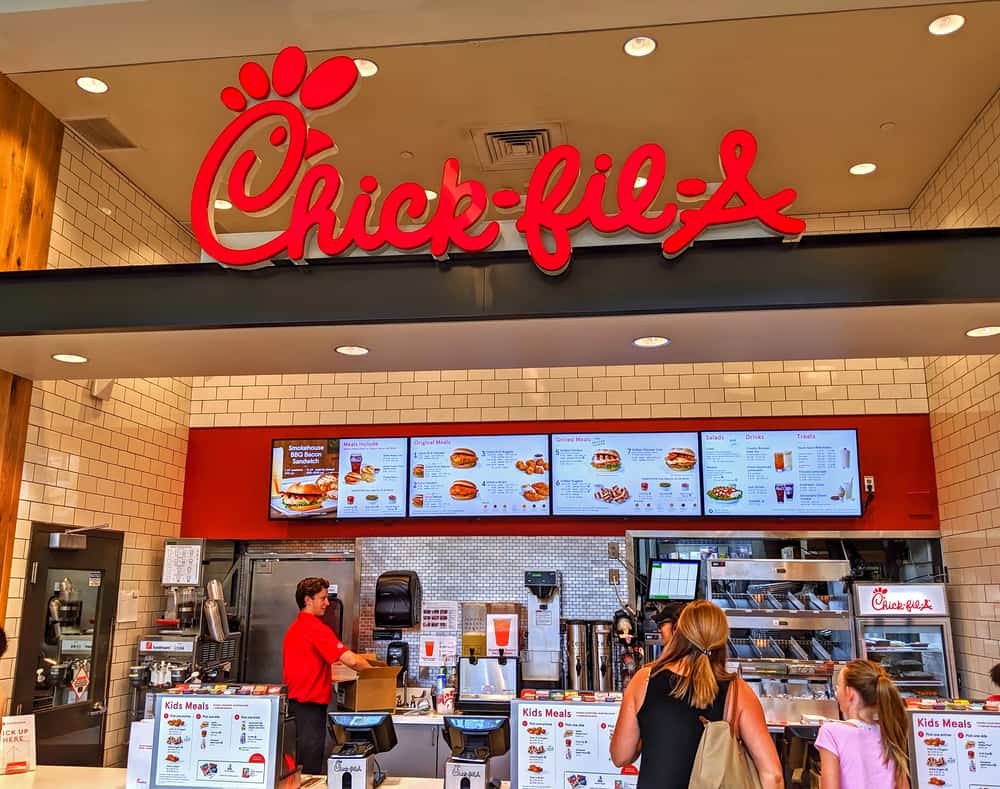 Chick-fil-a has almost 3,000 restaurants, mostly across the United States, but many people ask the question, is chick-fil-a owned by Mormons? The answer is that they are not.

They are one of the biggest fast-food restaurants in the US, specializing in (unsurprisingly) chicken sandwiches. Their headquarters can be found in College Park, Georgia, where around 85,000 Mormons reside. Let’s take a closer look at the origins and why some people mistakenly believe this company has a Mormon heritage and ownership.

Was Chick-fil-a founded by Mormons?

In 2012, the then 91-year old S. Truett Cathy made disparaging remarks about gay marriage which cause a lot of controversies. The response was strong, with the Mayor of Boston even stating he would block any attempts for the company to move to Boston.

When did Chick-fil-a open?

Cathy opened his first restaurant called The Dwarf Grill in 1946 after serving in the U.S army during the Second World War. The first Chick-fil-a opened in 1967 in Atlanta Greenbriar shopping center.

Today, the company makes over $4 billion in annual sales, making it among the most popular fast-food chains in America. This made Cathy a self-made billionaire.

Do you need to be a Mormon to own a Chick-fil-a?

No, the company is owned by devout Christians. Therefore, strictly Mormon ownership would make no sense. There is no Mormon connection with this fast-food restaurant.

What is Chick-fil-a’s mission statement?

This has gotten the company into a bit of legal trouble, but their corporate purpose is to “glorify God by being a faithful steward to all that is entrusted to us. To have a positive influence on all who come in contact with Chick-fil-A.”

A Mulsim employee in 2002 sued the company saying their mission statement discriminated against those who are not Christian. The employee alleged that he refused to pray to Jesus during a training session, and was therefore fired.

Is Chick-fil-a open on Sundays?

No, it is not. Anyone who wants a chicken sandwich on a Sunday will have to go elsewhere. The closed on Sunday policy goes back to the very first restaurant, and even back to1946 in Cathy’s pre-Chick-fil-a restaurants.

He has stated that the move is a testament to his faith in God. Cathay also donated large sums to Christian organizations before he died on September 8, 2014. The business is still owned and run by the Cathy family, who continue to run the company with the same Christian values that it was founded upon.