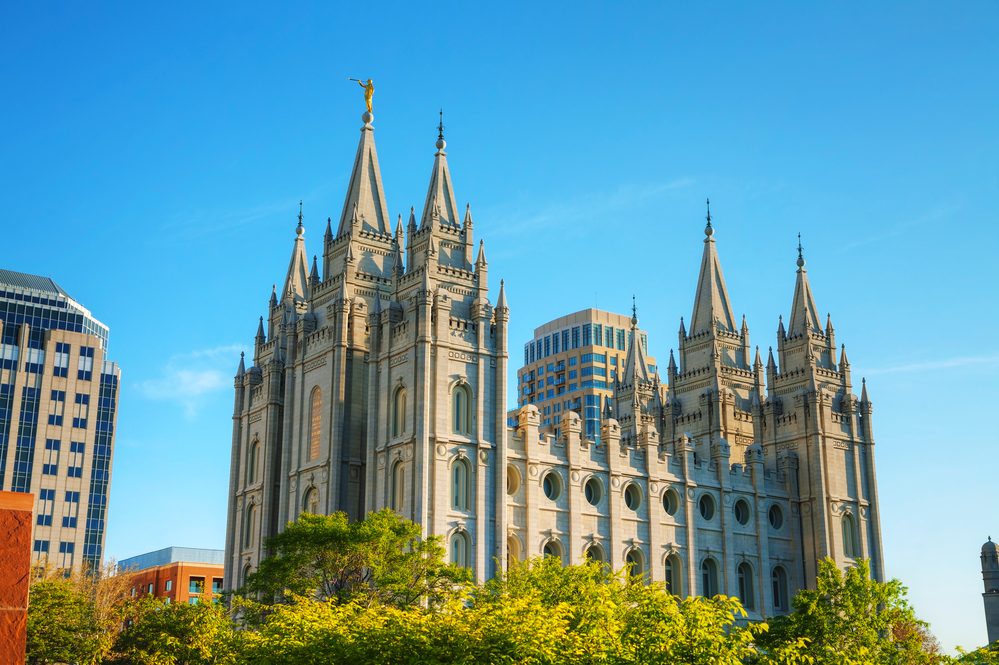 Religion and marriage is always a tricky subject. It can be difficult to know who can marry who, and anyone dating or considering dating a Latter-day Saint may wish to gain some clarity.

So, can Mormons marry non-Mormons? The answer is yes. Mormons can marry outside of the Church, but they face discouragement. With this in mind, we are going to take a closer look at the do’s and do not’s facing Mormons when it comes to choosing a husband or wife.

Can Mormons marry non-Mormons in a Mormon temple?

No. Mormons cannot marry non-members in a Mormon temple. Although they are permitted to marry their matrimony cannot take place in the same venue that two Mormons can marry.

Marrying in a temple is incredibly important to Mormons as they believe it is the only way they and their family can be sealed in heaven together after they die.

To obtain the highest level of exaltation, Mormons must participate in a sealing ordinance but both husband and wife must be followers of the faith to be allowed to marry in the temple. This is one of the reasons Mormons usually choose to marry other Mormons.

To be married in a temple, the two parties must be members of the Mormon Church, and according to the faith, must be living pure lives aligned with the principles of the faith.

Is this marriage still legal?

A marriage between a Mormon and a non-Mormon is still recognized by the State authority so it has the same legal standing as a marriage in a temple between two Mormons.

However, most Mormons will likely want their non-Morman partner to learn more about the teachings of the church before getting serious. This will help them to understand the lifestyle and beliefs to which they adhere.

That way, the other party can decide if their relationship is for them, and indeed, that they can respect the beliefs.

Should a non-Mormon marry a Mormon?

This is entirely up to the two parties involved. If the non-Mormon can respect the faith of their partner then there is no reason why they cannot marry, but it goes both ways.

Equally, a Mormon will have to decide to not marry in a Mormon temple. Since this means they will not be sealed and spend eternity together, this is not to be taken lightly.

Some Mormons may not see things this way. In-laws for example may have ideas of how they would like their children to marry, so be prepared for difficult questions and conversations if this is the case.

Can a Mormon date a non-Mormon?

Mormon beliefs about the afterlife and living for eternity together may be a sticking point for some, even for a Mormon who wishes to find a partner who would prefer to find someone with the same beliefs.

For many people, sharing the same values is important. Conversations such as family, how many children you wish to have, how you will raise them etc are not to be taken lightly.

Then there is moral cleanliness. When it comes to kissing, Mormons who are dating or even single should not passionately kiss or lay clothed or unclothed on another person. They are also encouraged to control their thoughts while staying clear of pornography.

What do Mormons believe about marriage?

Mormons believe that marriage should involve raising children and teaching them the ways of the Mormon church so after they have lived their lives on earth, they can all return to God.

They believe that partners should only be with one person and teach values of respect and loyalty. Until 1890, the LDS Church authorized polygamous marriage which is part responsible for the misconception that this continues to this day.

Such a marriage is now forbidden. Anyone participating in or publicly teaching about polygamous marriages faces ex-communication.